BEEF. It was something that Dayang Nor Farehan Abang Drahman could not resist eating. But not anymore. Not since Jan 5.

That was the day she decided to take up the Veganuary Challenge, a worldwide initiative where participants sign-up to pledge they will go vegan for the month of January.

“I initially thought I’d just do it for seven days but I’m hooked now,” the 31-year-old Sarawakian tells me.

Dayang Nor Farehan, a banker, adds: “I used to think beef was life. I loved beef burgers. Now I don’t miss beef at all. “

How does she feel? “Great”, she says, adding that she felt much better and more energetic since she started on a vegan diet. “My husband and I note that our body fat dropped quite fast and we definitely feel healthier.”

Did she ever think that she’d turn vegan? “It never crossed my mind before,” she laughs.

The Kuching-born who studied commerce, economics and finance at the University of Melbourne was encouraged by her friend Aisya Jabarudin to take up the Veganuary Challenge.

“Aisya and I have been following each other on Instagram. She makes vegan rendang and has been promoting it for a while.

“The vegan rendang looked so tempting on her Instagram posts that I ordered it sometime late last year and found it to be so tasty.

“Until then I had thought that the best rendang beef had to be made of beef. I don’t think so now. “ 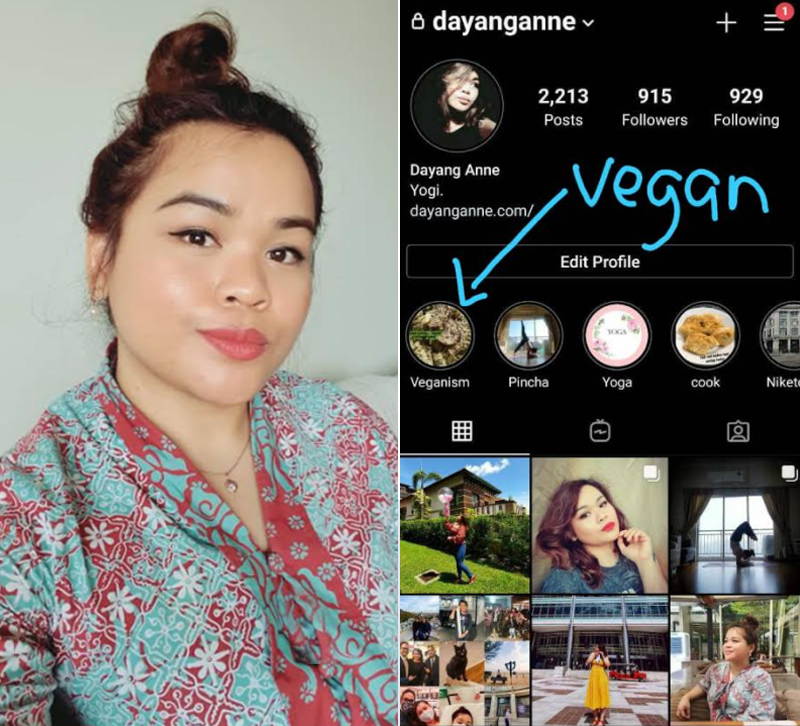 She orders it quite frequently now.

But even before taking up the challenge, she had been aware of the dangers posed to health and the planet by meat consumption.

She and her husband had watched documentaries, including The Game Changers, on the effects of meat consumption on our health and the planet.

“Intrigued, I did some reading and found that the strongest animals actually eat plant-based food. I found out that a plant-based diet is more suited for humans and also good for the environment.

“I’m not an environmentalist or activist but I felt that I should do my part and when the Veganuary Challenge came up, I decided to try it.”

The local organisers – plant-based advocates who were supported by the Malaysian Vegetarian Society – made it easy for participants by providing support, including suggesting vegan recipes and roping in 40 restaurants and merchants who offered discounts during the period.

That helped Dayang Nor Farehan and the 1,500-plus Malaysians who took the Veganuary pledge. Sometimes, she would order food from these merchant partners.

“The organisers held workshops where people talked about their vegan experience.

“They had a Facebook account where people shared information and pictures about what they ate or cooked. They also shared 100-plus vegan recipes. It was quite useful to me.”

But it was not the first time she had eaten vegan or vegetarian food though.

When she was studying in Australia, she used to eat at vegetarian restaurants if she could not find any meat-based halal food. It was the same when she travelled to other places, including the year she spent in London.

She says her in-laws have also started eating vegan food and that the family’s night meals are completely plant-based. “It was by consensus,” she adds.

Dayang Nor Farehan, who lives and works in Kuala Lumpur now, finds it easier to cook vegan food and says that it saves a lot of time.

The fact that she has been working from home since the first movement control order began has helped her venture into preparing a variety of vegan dishes.

She uploads some of the dishes she prepares onto her social media accounts.

Some friends who came over when the restriction on movement was relaxed during the conditional MCO were pleasantly surprised that there was such a variety in vegan food and that it tasted so good.

Friends and relatives frequently ask if she gets enough protein without meat.

“It is the same question. And I tell them that there is more than enough protein in vegetables and that the strongest animals in nature don’t eat meat.”

Being vegan, she now uses oatmilk, almond milk or soy milk instead of cow’s milk when making drinks. “Cow’s milk is creamier of course but I’ve got used to oatmilk.”

Dayang Nor Farehan says: “I cannot change the environment or change the world but I do have control over what I choose to eat and I’m glad I tried the vegan diet. I intend to stick to it.”